An Ancestry.com coupon, and what DNA testing can tell you about your health

Did you know that your genetic makeup can indicate if you’re pre-disposed to certain health conditions? We’ve known for a while that certain ethnic groups seem to have a higher (or lower) rate of cancer, heart disease, diabetes, and host of other health issues.

Use an Ancestry.com coupon to save on their services

At home DNA kits came on the market a few years ago and most people use them just to satisfy a sense of personal curiosity. However, a DNA test could give you important information about potential health risks you might face down the road. And with an Ancestry.com coupon you can take the test for less. If you know what health issues you might face down the road, then you can take pro-active steps now to mitigate your risk. At full price the tests can be a little pricey, but if you use a promo code it can significantly reduce your cost. Besides that health is wealth, you really can’t put a price on being able to live a long and healthy life. 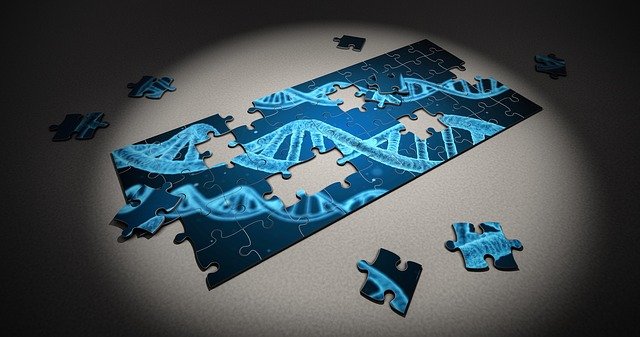 Heart Disease in those of African Descent

There are a whole host of other socioeconomic factors that can play into ones risk of developing heart disease. As they say your zip code is a better indicator or your risk of heart disease than your genetic code, because those in more affluent areas tend to have better access to healthy food, quality health care, and spaces for exercise. However, even when adjusted for socioeconomic factors there does seem to a higher risk for people of African heritage in developing heart disease. Researchers think this may be due to the fact that they are more sensitive to salt, which is of benefit in a hot and dry climate. However it also leads to increased blood pressure, which increases the risk of heart disease. For people with African heritage, it’s important to maintain a healthy diet that is low in sodium.

On a global scale, Ashkenazi Jews (those from Eastern Europe) are the ethnic group at the highest risk of developing colorectal cancer. Researchers believe that this is due to a mutation of the APC gene. Approximately 6% of the Ashkenazi Jew population have this variation. It may not seem like a large percentage, but 6% of ten million is 600,000. As far as we know there is no sure-fire way to prevent colorectal cancer, aside from generally keeping in good health by eating well, getting regular exercise, not smoking, and limiting alcohol consumption. The best defense by far is regular screenings and early treatment, especially for those who are descendants of Ashkenazi Jews.

Diabetes in Hispanic and Latino Populations

Research shows that you may be at a higher risk of developing diabetes if your background is Hispanic or Latino. It is believed that as much as 10.4% of the adult Hispanic and Latino populations have diabetes. Specifically they seem to be genetically pre-disposed to developing Type II diabetes, also called adult-onset diabetes as symptoms typically don’t surface until you are older. Again there is no 100% effective way to prevent diabetes, but the usual advice of following a healthy diet and getting plenty of exercise applies here as well. Smokers are also more likely to develop diabetes and suffer more serious complications from it, so quitting can lower your risk as well. Interestingly, although Hispanics and Latinos are at a higher risk for diabetes, they don’t seem to develop heart disease as much as other ethnic groups even though the root causes for both diseases are largely the same.

Atrial Fibrillation is the medical term for having an irregular heartbeat, and research has shown that it is most common in Caucasian populations. In Caucasians over the age of 40, there is a whopping 26% chance of developing cardiac arrhythmia and it does not seem to be related to other risk factors such as high blood pressure which suggests there is a genetic reason for it. Atrial fibrillation itself is rarely deadly and many people who get diagnosed go on to live long lives. However it does open you up to an increased risk for strokes which can have very serious negative impacts on your health. As for how to prevent this disease, again the causes are largely unclear although it is much more common in adults over 50, and men are twice as likely to develop it. As far as we know keeping your heart generally healthy through regular moderate exercise such as walking is your best bet in keeping A-Fib at bay.

Know ahead of time, use an Ancestry.com coupon

As we can see from above, the best risk prevention across the board is following a healthy lifestyle. However if you know that you may be genetically pre-disposed to certain diseases you can make sure to schedule regular screenings and catch any problems early on should they develop. Use the Ancestry.com coupon linked above, and get your DNA test today.